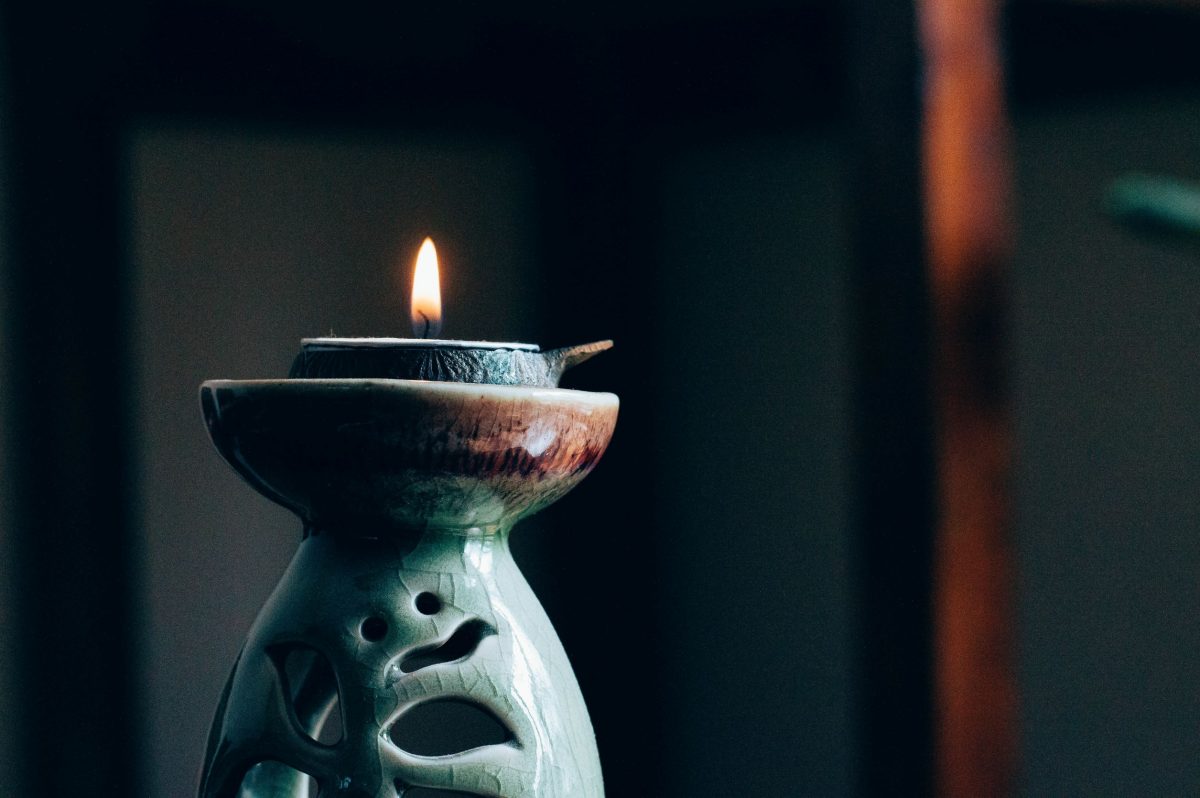 This month I returned to a yoga studio for the first time since March 2020. The studio I used to frequent did not make it through the pandemic, despite pivoting to online class offerings, so I spent the majority of the past 2.5 years with a fitness routine aimed primarily at boosting my mental health in the outdoors. It was a safer alternative and helped lessen the feeling of being cooped up at home.

This winter I finally felt like I was in a place to practice yoga in a studio (which I recognize is a decision each person needs to make for themselves). A new one opened up near me, and I decided to try it out for a month. I signed up for a beginners hot yoga class, knowing that it had literally been years since I’d had a solid yoga practice. When I entered the room on a Wednesday evening I was excited and nervous. The room was quiet, there was plenty of space between people, and I began to feel a familiar sense of calm.

The class began at a slow, beginner’s pace, with the instructor calling out modifications for those who needed them, as well as opportunities to up-level certain poses. I remembered most of the poses but my movements were stiff and clumsy. I didn’t have the balance or range of motion I had previously gained from practicing multiple times a week. My body was different, older, and my joints reminded me of that with a pop! every time I moved between certain poses. There were a few poses I couldn’t quite remember, so I relied on the guidance and example of the instructor and others in the class. There were some poses I remembered but just couldn’t do anymore.

I wasn’t a complete novice–I had a decent yoga practice before the pandemic–but I was returning to an activity that I hadn’t done in years. I needed a beginner’s pace, but not necessarily beginner instruction. I sometimes knew what to do but couldn’t quite make my body do it. I felt like I was relearning the flow of yoga: how to begin, transition, and end at my new pace. I need different supports (blocks, bolsters, etc.) at different points in class now, and I need time to work on my flexibility and ability to meditate.

This isn’t the first time that a yoga class has made me reflect on what it means to be a learner, but it did foster a different kind of understanding. In my department my colleagues and I often work with learners who are returning to the classroom after a significant amount of time away from university. They might be working on completing an undergraduate degree, or, more commonly, working on a graduate degree. They often bring a wealth of experience from their jobs and work in the community, but admit that the university, and the library, look very different from when they first attended. They grasp certain concepts quickly, while others require more time to internalize. Their research often benefits from their strong content knowledge and practical experience, however some are just beginning to flex their research, reading, and writing skills again.

As teaching librarians, it’s an interesting balance we need to strike with returning learners. We want to honor their existing knowledge but also can’t make assumptions about what they know or don’t know. We want to give them the space an opportunity to try things out on their own, but also want to be available for assistance as needed. There is no room for “You’re a graduate student so you should know this,” in this space. What I think it comes down to is an awareness and respect of what it means to be a learner returning to the classroom, nervously excited (or in a state of dread or somewhere in between), and wanting to be seen not as a novice but as a learner in a different state. I don’t think there is a good word for a returning student. “Relearner” sounds clunky and inaccurate. I don’t even necessarily think these learners require a label, as long as we remember to check our assumptions and hold space for all learners to begin from their own beginning points.

One thought on “Returning & Relearning”