Several times I thought about writing about my experiences as a first-year librarian at ACRL in Baltimore, but many others wrote about the controversies, the twitter fights, and the OA panel better than I could have. Zoe Fisher’s post about the twitter fiasco is a must read as well as Veronica’s post on ACRL.

As a new librarian, something stuck with me though, and that is the idea of failure and works in progress at the conference. A conversation with Katlyn Griffin, a fellow new librarian,  and I had via twitter and in person about the idea of “works in progress” or even “failed projects” as learning opportunities at conferences. ACRL, as I’m sure many of you know, isn’t the venue for unfinished or failed products.

As a field that feels on the brink, it is difficult to talk about projects that fall flat. No one, least of all me, wants to broadcast failures. Unfortunately, if you’re a new person, it is often the failed projects or the work-in-progress projects are all that you have to contribute. I think there is a difference between work-in-progress and failures, but they exist at this periphery of prepared and completed national conference level discussion. I presented a work-in-progress at ACRL and it actually went very well; I learned a lot about the process and it helped me move towards a conclusion, and I believe that conferences should encourage unfinished work outside of the lightning rounds where the blur makes the projects blend in with the background. But where does failure stand? 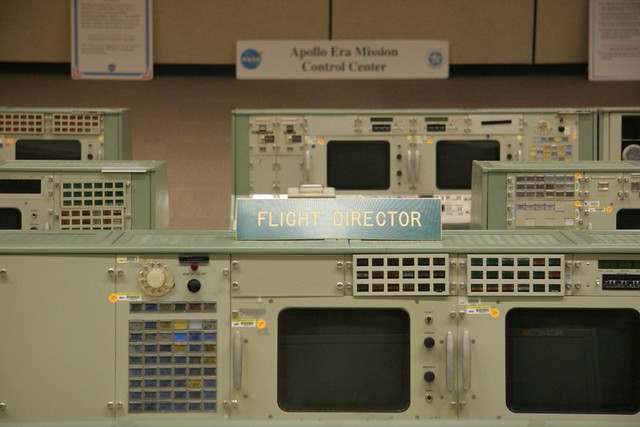 “Failure is Not an Option” Gene Kranz, Flight Director of Apollo 13

It is difficult to broadcast or talk about failing, especially in competitive circles, but I am a product of failure.

Prior to library school I was on a traditional academic path. I interviewed at PRESTIGIOUS UNIVERSITY for a PhD program in Media Studies. After three days of being wined and/or dined, tours of campus, meetings with students and faculty, talking about my future there, I was not given a spot in the program. I felt rejected, like all that I had been working toward was squashed on the whims of a committee. I thought a lot about why I was drawn to the field and where I was the happiest when I was a student. That place for me was the library. I was interested in memory and media but more than that I was interested in knowledge as an academic field.

Ultimately, the library was the better and wiser choice for me. I am thankful that prestigious university did not pick me for their PhD program, as much as it hurt at the time.  I’m able to write and publish about topics I feel passionate about, teach and work with students, support faculty, and I’m extremely happy to be where I am. Libraries are my home, but still I felt like it was a “plan b.” I’m certain that I’m not the only one out there in our field who has a similar story.

Even writing this paragraph was difficult because failures, or the perceptions of failure or disappointment, are difficult to talk about.  It would be even more difficult to stand in front of an audience of colleagues and say “this is what went wrong.” Imagine that during a staff meeting… now imagine it during a National conference.

Given the response that accompanied the polished, but controversial, papers presented at ACRL, I wonder what the response would be if a paper concluded with “this project failed.” Would it be seen as a waste of time? Would the twitter-sphere explode in rage at the failed project? Currently, we all struggle silently alone.

In the past year I’ve had a few projects go awry. I had our Research Week Student Research Symposium hosted entirely by our Institutional Repository, it did not go well. In the end, our research office decided to go another direction but will now require students to deposit their materials. This was my first professional set back, but it allowed me to grow and see where the edges were in our partnerships across campus. I worked extremely hard on getting this to work, and in the end it just could not do what our research office wanted. Does this reflect poorly on me as a librarian? I thought so at the time. When I took a step back and thought about it, I really began to believe that this was a bump on a long road. Sharing this experience with the other librarians and saying “here is what didn’t work,” allowed all of us to learn from this experience. Getting all of the student projects deposited in the IR after the fact is all that I wanted in the first place, so this failure ended up as a slight win.

Projects fail. We do not know when that they will fail when we start them, if we did we probably wouldn’t repeat the mistakes that caused the problems, but these are valuable opportunities to learn about the process and the problems we all share. If creativity and experimentation are valued in our field then there should be expectations of failure and we should talk about them openly. I firmly believe that opening forums like ACRL or ALA to “failure talks” could be a great asset for new and old librarians. Talking frankly about what went wrong instead of sweeping it under the rug should be a goal of the larger library community.

More importantly, we fail. Failure has formed me as a librarian. We sometimes do not get the jobs we desperately wanted, or the promotion, or the book chapter. Right now the culture tells us to be quiet about these instances and shames; because being a sore loser or being upset about losing out on a fellowship or project is unbecoming and might jeopardize our future goals. I don’t agree with this because I think as a field we should grow to a place where we are not ashamed of our baggage and our failures and drop the feelings of animosity and competition. Especially for new librarians where the road upwards is the most difficult, letting  individual failures be known is a powerful reminder of what we have to gain and lose as a field. Ultimately, this means that successful librarians must lift up those around us when projects or goals fail. We should be open about our failures to serve as a guide to those who will follow, and lift up those who are not as lucky as we.